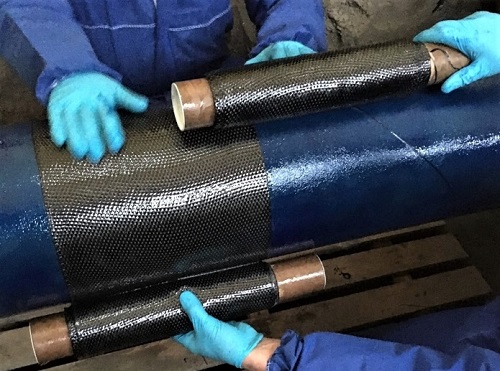 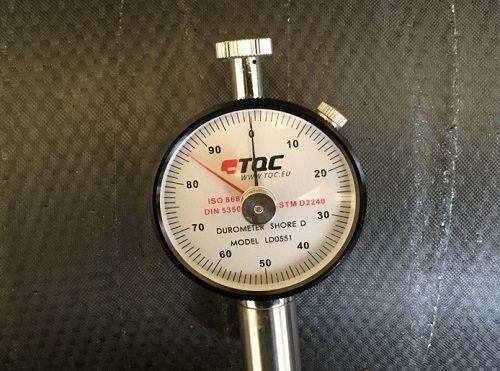 As a leading European energy infrastructure business, Gasunie brings together producers, suppliers and end users. The company relies on efficient pipeline repair systems to guarantee the safe and reliable transport of gas. Gasunie Deutschland used the new DEXPAND®-CF70 composite repair system from DEKOTEC GmbH to sustainably remedy damage to its ETL 005 gas pipeline in Bielefeld – repairs are carried out during operation so there is no need to shut the pipeline down at significant expense. The carbon-fibre based product restores the structure's original integrity and so extends the pipeline's service life by many years.

It is one of Europe's biggest natural gas networks: Gasunie's natural gas transmission network covers some 16,000 kilometres in the Netherlands and Northern Germany. In Germany alone, this pipeline network is around 4,300 kilometres long and thanks to its geographical location acts as a gas hub for North-West Europe. Maintaining such a large network and repairing damage quickly, safely and economically has top priority for the operator. Steel pipelines are extremely capital-intensive and so they are operated continuously where possible. “The life of a transmission system is particularly crucial in operation,” says Wolfgang Schumacher, Plant/Pipeline Corrosion Engineer with Gasunie Deutschland.

Extending the life of pipelines by decades

As temperatures, mechanical loads and long-term chemical influences have a permanent corrosive effect on the steel on the inside and on the outside, serious defects can occur in the pipe wall. Whether this is repaired with a steel sleeve or the damaged section is replaced completely, the pipeline must first be decommissioned at great expense. But if the pipeline is repaired using carbon composite materials it need not be taken out of service. One of the special properties of carbon fibre-reinforced plastics is that some of them are stronger than steel. That is why they are also very important in pipeline construction: Pipeline repair systems based on carbon fibres are currently the most resilient non-metallic systems. In long-term trials equivalent to 100 years of use, they demonstrate the highest levels of durability.

Economic repairs with no break in operation

When it needed a lasting repair of two repair points in its ETL 005 natural gas pipeline with a pipe diameter of DN 250 in Steinhagen (Bielefeld), Gasunie Deutschland relied on DEXPAND®-CF70, the new composite repair system from the DEKOTEC GmbH. The work was carried out by experts from STRABAG AG of Vechta. Gasunie opted for the  DEKOTEC system which is suitable for repairing defects where up to 80 percent of the original wall thickness has been lost. This means that almost any damage to the transportation pipeline which occurs in practice can be economically and quickly repaired while the pipeline is still in operation. According to Dr. Carsten Fischer, Director Sales, DACH + BeNeLux at DEKOTEC GmbH: “If we consider the costs for shutdowns as well as the cost of materials and labour for replacement or repair using a steel sleeve, using DEXPAND®-CF70 means a cost saving of around 75 percent. Defects can also be repaired more than twice as fast. Replacing a section of pipeline or repairing it with a steel sleeve takes around four to five days.”

Tried and tested in practice: pipeline repair made quick and easy

For the practical use of DEXPAND®-CF70 on the ETL 005 pipeline it was essential to prove its performance under special conditions: “Even in an ambient temperature of just zero degrees Celsius we were able to quickly guarantee the use of DEXPAND®-CF70 in a heated construction tent,” explains Dietmar Wagner, DEKOTEC GmbH Sales North. The defects were located in different points on the pipeline: whereas the problems at the first site had resulted in a reduction of wall thickness by 28 percent, the second site had already suffered a 32 percent reduction in wall thickness.

Two coats of the new product were applied to repair the first defect. Because the second site involved a build-up of different defects within a small area, it was decided to use a 3-layer application in the ‘zipper method’. The work was completed after just three hours. And once the material had thoroughly hardened on the following day the operating pressure could be brought back up to the original level after only 24 hours. “Using DEXPAND®-CF70 meant the pipeline did not have to be emptied and did not require any welding, so work on the ETL 005 was safe and simple,” confirms Martin Schmidt, of Bauleitung STRABAG AG Direktion Nord.

The bottom line - customer needs are met in full

Nearly all of the defects that occur can be repaired quickly, economically, simply and safely with DEXPAND®-CF70. And Gasunie Deutschland is convinced of this too - they were very satisfied with both the quality of the material and with the careful and professional way the work was performed. “The result was truly convincing,” says Schumacher. “We were particularly impressed by the speed with which the work was completed, and the fact that the line could remain operational without a single break throughout the entire repair.” That's why Gasunie Deutschland will continue to use DEKOTEC’s DEXPAND®-CF70 repair system for future repairs as well.